Living in Siena is an immersive experience in the history, culture and traditions of Italy. Declared a World Heritage Site by UNESCO in 1995, Siena is the embodiment of a medieval city that still today preserves its Gothic appearance that dates back to period between the 12th and 15th centuries. The entire city, built around Piazza del Campo, was devised as a work of art that blends into the surrounding landscape. 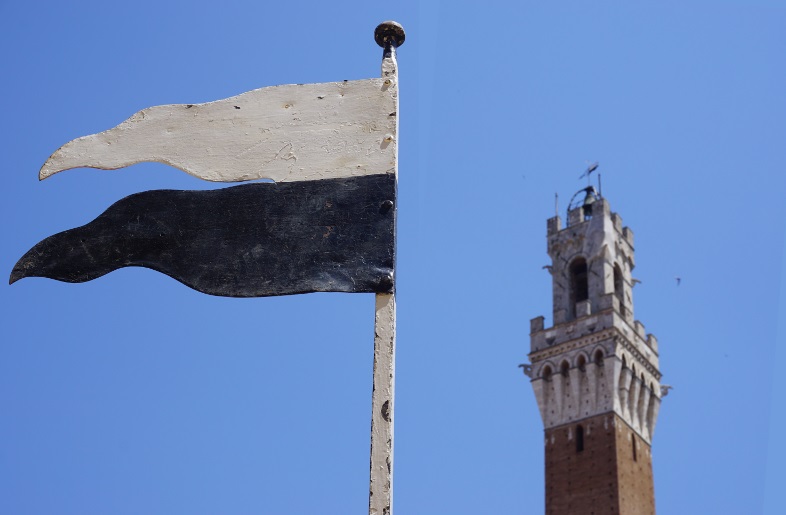 Many legends exist about the origins of Siena. The most famous one says that in the 8th century B.C. Senius and Aschius, sons of Remus, ran away from Rome and their cruel uncle Romulus. When they left, they took away the statue of the she-wolf, symbol of Rome. They ran far, far away and finally stopped when they reached the Tressa river. There some shepherds helped them build a castle called “Castelvecchio” and slowly the city began to grow around it.

Aschius and Senius wanted to thank the gods Apollo and Diana for protecting them during thier escape so they lit large fires on the two altars. The smoke was white over the altar of Apollo and black over the altar of Diana. They decided that black and white would be the colors of the coat of arms, the “Balzana,” of the city they founded: Siena.

During the time of the Etruscans (6th century B.C.) Siena was a village located in the area where you now find the Spedale di Santa Maria della Scala. Later the city became part of the great Roman Empire. During the rule of Octavius Augustus (29 B.C.), it was a military colony called “Saena Julia”. 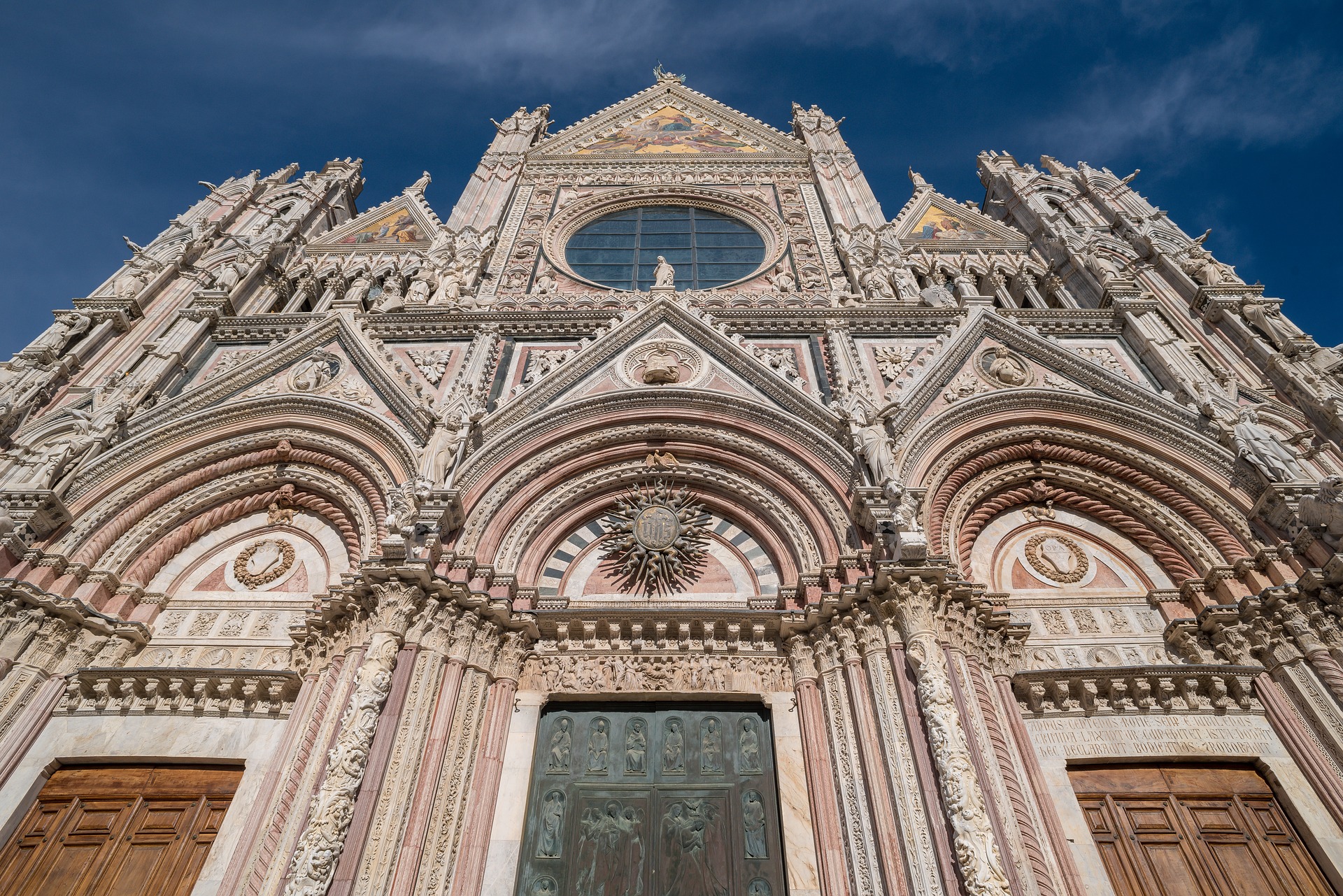 After the fall of the Roman Empire, during the Middle Ages, a road called the “Via Francigena,” crossing Italy from the north down to Rome, became very important. Knights, merchants and pilgrims traveled this road that passed through Siena from the north (Porta Camollia) to the south (Porta Romana), influencing Siena’s growth as a city.

Thanks to its strategic position along the Via Francigena, between the 13th and 14th centuries, Siena experienced its Golden Age. It was very rich and powerful thanks to many commercial activities and to its ability to lend money to popes and kings. It was the moment in which the jewels of its Gothic architecture were built: the Cathedral, the Palazzo Pubblico, the Torre del Mangia and Piazza del Campo. In the field of the arts, especially sculpture and painting, the Sienese masters, Nicola and Giovanni Pisano, Duccio di Buoninsegna, Simone Martini and the Lorenzetti brothers, paved the way for the great Tuscan Renaissance.

Nowadays Siena is home to many students, visitors, musicians, artists and creative talents.

Siena is famous worldwide as the city of the Palio, the thrilling horse race that takes place twice a year (July 2nd and August 16th) in Piazza del Campo. For the Sienese people the Palio is not just an event but a deeply-rooted tradition that continues all year: each one of the 17 “contrade” in which Siena is divided is named after an animal or symbol and has its own flag, which you can see being proudly waved throughout the year.

Participating in one of our summer programs is the best way to delve into the authentic atmosphere during the days before and after the Palio horse race.