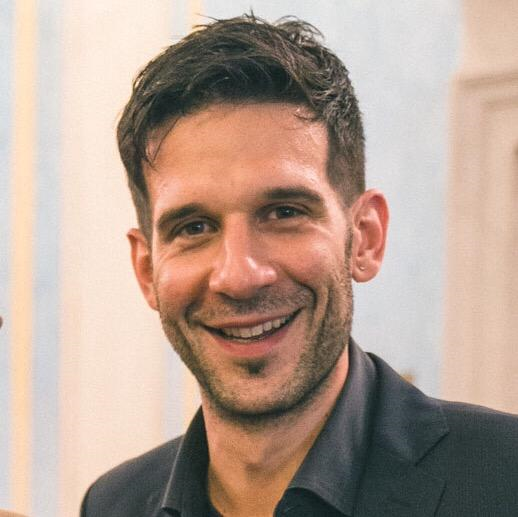 Marco Caratelli was born in Siena in 1979 and graduated from the Istituto d’Arte in Siena. He has participated in several one-man and group exhibit. Today he paints and sells traditional Sienese art reproghaphics, replicating the work of the great Sienese painters of the Middle Ages and the Renaissance. Marco specializes in the egg-yolk tempera technique, as described in the famous manual on painting by Cennino Cennini (14th century). The panels were painted by such famous masters of the Renaissance as Duccio di Boninsegna, the Lorenzettis, Simone Martini, Sano di Pietro, etc. As with the originals, Marco’s recreations are painted on aged, quality wood and covered in pure gold leaf. In addition, Marco creates elegant copies of Siena’s beautiful gilded icons, preserving the atmosphere of medieval Siena and the tradition of fine painting.